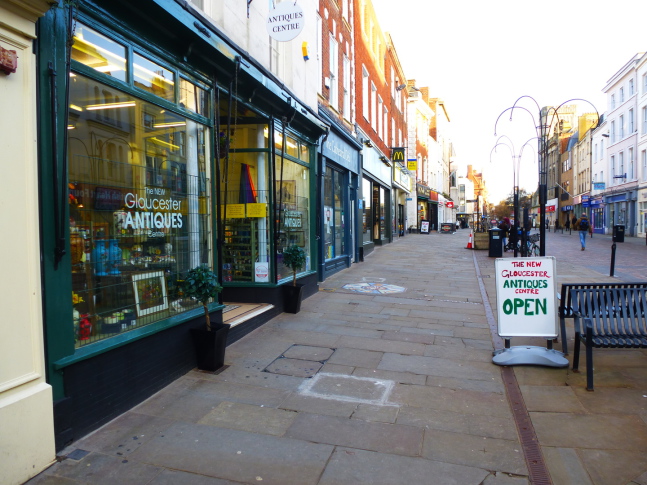 The Gloucester Antiques Centre has been operating in the historic city of Gloucester for nearly 40 years but, in November 2015, were without a "home" when we were forced to leave our premises at Gloucester Quays. However, with the aid of Gloucester City Council and a local property developer, we re-located to No 26 Westgate Street. Within 5 weeks we had re-opened and are now happily re-established as a Limited Company  which is run as a not for profit co-operative "by the dealers for the dealers" and, ultimately, for the benefit of our customers.

In 2016  we won recognition at the illustrious Believe in Gloucester awards where we were winners in the "New Business of the Year" category following our successful move into 26 Westgate Street, which also led to our winning the prestigious "Regeneration Award" at the same event.

How to find us

We're  open again from 10.00am to 5.00pm Mondays to Saturdays and 11.00am to 4.00pm on Sundays and look forward to seeing you soon.  However, if you are unable to visit us in person, you can take a good look here at our wonderful range of products and contact us by email at info@gloucesterantiquescentre.com. Take care!